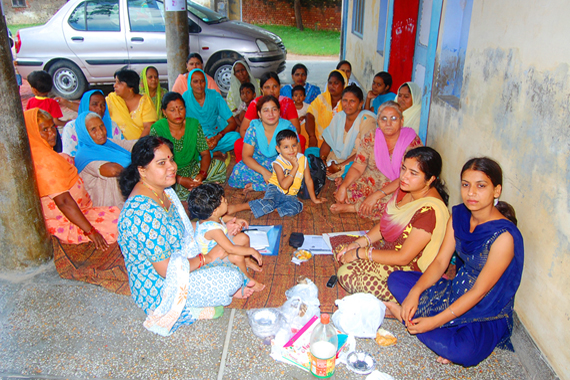 Our first Meri Shakti, Meri Beti project involved the direct participation and cooperation of both social actors (from household and community members to non-governmental organizations and community-based organizations) and medical practitioners (doctors, nurses and government hospitals). Aimed at increasing local awareness of the negative consequences of sex-selective abortions, the project covered the three districts of Delhi with the lowest sex ratios: Najafgarh, Narela and Punjabi Bagh. In each of these districts, one rural and one urban area were chosen for intervention.

Data from 1,200 social audits revealed that people in all three areas claimed to not support female foeticide but were indeed aware of such incidents in the areas. Generally, communities considered equality between boys and girls desirable, but still indicated a strong belief inmale-dominated traditions such as lighting the funeral pyre and the custom of patrilinealism (carrying the family name). Additionally, the rise in nuclear families (that is, young couples no longer residing with the husband’s parents) has allowed couples to decide on sex selective abortions independently of the larger family’s opinions and wishes.

Awareness as to the illegality of sex selective abortions was nearly non-existent within the community, while licensed ultrasound clinics denied that machines were used to perform early-stage sex determination.

Upon project completion, our research team submitted their final report upon request to the Ministry of Health and Family Welfare. Due in part to the overwhelming response to CSR’s findings in both the media and within government bodies, we subsequently replicated this first phase of Meri Shakti, Meri Beti in communities in the state of Haryana.